The delightful River Eachaig in Argyll may not be a particularly well-known fishery but it has one vital feature that separates it from others on the West Coast of Scotland – healthy runs of sea trout.

It’s all about location. In an age when sea trout stocks in many rivers and lochs have been devastated – even obliterated – by the presence of fish farms, the Eachaig has the distinct advantage of being free of these.

The river flows for more than four miles from the magnificent Loch Eck (surely one of Scotland’s grandest) through a gentle glen with timbered slopes and heather-clad hills on either side before emerging into the Holy Loch and the Firth of Clyde. The sea trout and salmon that run this relatively short but stunningly beautiful river do so untroubled by the plagues of sea lice that are deadly to migratory fish.

For anglers who love sea trout but find them increasingly elusive elsewhere, the River Eachaig Fishery Syndicate is offering rods at very reasonable prices. Membership of the syndicate gives the angler the right to fish a particular week each year in perpetuity. Prices run from £1,500 to £3,500 and the season extends from mid-May until the end of October. 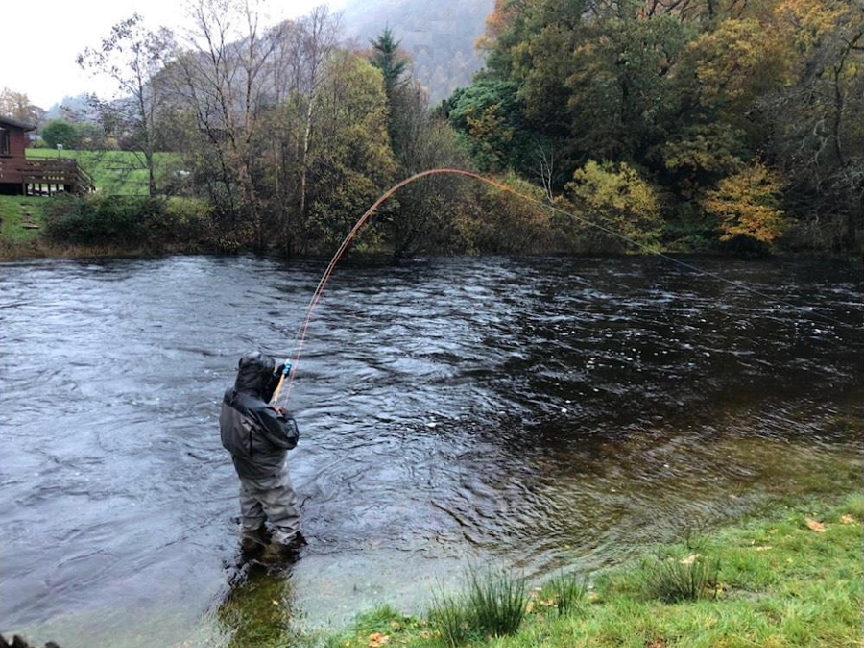 The presence of salmon from July all the way through the autumn adds significantly to the pleasure of fishing this magical place. Excitement too, because you’re rarely immediately sure which species has taken the fly.

In times past, sea trout were so prolific they were regularly netted from the river and the loch. Sadly, such abundance is now just the stuff of dreams yet big fish still make appearances. In the modern era, one of more than 17 lb was taken from the Oaktree Pool while another of 12 lb fell to the fly in 2020. And there have been many more approaching double figures.